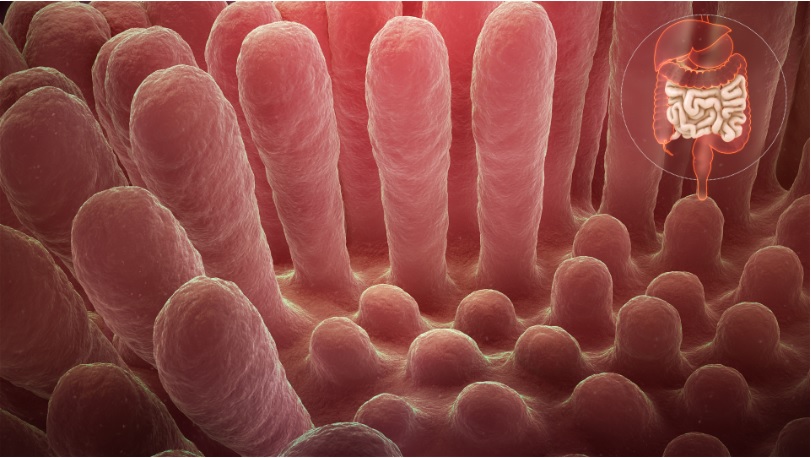 Coeliac disease is a systemic immune condition occurring in genetically susceptible individuals. An abnormal inflammatory response to dietary gluten in wheat, rye and barley results in damage to the small bowel mucosa and later villous atrophy with malabsorption. It is estimated that 1 in 70 Australians have coeliac disease and only 20% of those, have been formally diagnosed. In addition to gastrointestinal symptoms, the disease has extraintestinal manifestations, such as osteoporosis, dermatitis herpetiformis, neurological and psychological problems, liver disorders, arthritis and obstetric problems.

The only effective treatment for this lifelong disorder, at present, is a gluten-free diet (GFD) which is highly burdensome, requires long-term patient motivation, compliance and follow-up. In one study on the severity of health burden of various illnesses, the GFD was ranked second only to kidney failure with dialysis and above patients with diabetes on insulin, irritable bowel syndrome, inflammatory bowel disease, and heart failure:

"Prescribing a gluten-free diet should not be taken lightly. The diet is expensive, socially isolating and there is some evidence that questions the nutritional adequacy of a gluten-free diet when used in conditions other than coeliac disease. Given the false–positive rate with serology, commencing a strict life-long gluten-free diet is not recommended without a definite diagnosis of coeliac disease. A gastroscopy for small bowel (duodenal) biopsy is the gold standard and is recommended for all patients to confirm the diagnosis. It is generally a well-tolerated procedure with few risks."  ...more information.

Some patients experience persistent symptoms due to inadvertent or deliberate gluten ingestion, a comorbid GI condition or refractory coeliac disease. Many adult patients fail to achieve complete histological healing of their small bowel mucosa despite adherence to a GFD. Several new treatments are under-development, including immunomodulators, biologics, vaccines and specific proteolytic enzymes. These should address the needs of patients with non-responsive coeliac disease with continuing symptoms and incomplete mucosal healing despite a GFD. They might also lighten the burden of a GFD in vulnerable patient groups, such as those with concomitant diabetes mellitus or neurodevelopmental/behavioural conditions. This page gives an approach when the gluten free diet seems not to be working.

What can I expect from my specialist if refractory coeliac disease is suspected?

Refractory CD is rare and existing definitions have problems. Treatments include immunomodulation with open-capsule budesonide, thiopurine and methotrexate. It is a subject of controversy whether asymptomatic patients may be labelled with refractory coeliac disease. There is not great evidence on the long term effects especially in patients that otherwise feel well. There are several steps to consider carefully:

How common is non-responsive coeliac?

In recent years, endoscopy and biopsy studies have shown that non-responsive coeliac disease includes a larger group of patients than previously thought. While current scientific literature indicates that about 30 percent of patients have non-responsive coeliac disease, there is evidence the number is closer to 50 percent when those who don’t have symptoms but continue to have damage to the intestine, called mucosal atrophy, are included. The rate of persistent villous atrophy decreases with time on the GFD, so most individuals with celiac disease may eventually have mucosal recovery. Overall, only 1/3 of adults have normal villous architecture (a healthy, healed intestine on duodenal biopsies) after 2 years on a GFD and 2/3 after 5 years on a GFD.

​Could there still be gluten in my diet?

US GF tips from celiac.org