Dr Douglas Samuel received his undergraduate degrees of BSc(Med), MBBS (Hons) at University of New South Wales in 1995 and also the UNSW Foundation Medal for leadership and fellowship. He trained in Sydney hospitals including St Vincent’s, Royal North Shore, Royal Prince Alfred and Prince of Wales Hospitals. In 2003, he became a fellow of the Royal Australasian College of Physicians and then spent two post-fellowship years in London at St Mark’s Hospital and University College London Hospitals. During this time, he further developed his subspecialist and research interest in Crohn’s and colitis and colonoscopic mucosal resection of large colonic polyps.

He is a Senior Lecturer at both University of New South Wales (UNSW) and University of Sydney. He researches novel therapies in Crohn’s and ulcerative colitis and early diagnosis of colorectal cancer. He received the degree of Master of Medicine by research (UNSW) for original research in London on optical artificial intelligence techniques in early diagnosis of  "pre-bowel cancer" lesions. He is a clinical investigator on a number of national and international clinical trials.

Dr Samuel holds a Graduate Diploma in Medical Education (UNSW) and has won several “teacher of the year” awards.  He has been employed as a teaching consultant developing both undergraduate and postgraduate medical programs. He has led “teach-the-teacher” workshops in Australia and in the UK. In London, he was on the faculty of the National Endoscopy Training Centre "training the trainers" in gastroscopy and colonoscopy. He presents at national and international gastroenterology conferences and educational events covering general practice and gastroenterology. He supervises the training of specialist consultant physicians for the Royal Australasian College of Physicians in both general medicine and gastroenterology. 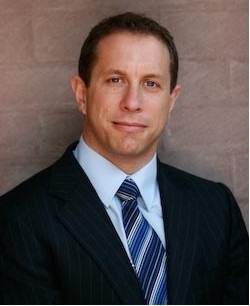